Unlock your Senses in Cyclades.

History and Civilization in Cyclades.

The name “Cyclades” derives from the islands that form a circle (“kyklos” in Greek) around the sacred island of Delos, in the Aegean Sea. Greek mythology mentions that the Cyclades were created by Poseidon, which transfigured the Nymphs Cyclades into islets when they angered him. The Cycladic civilization flourished in the 3rd millennium BC, mostly because of the strategic geographical position of the island complex as well as of their mineral richness. Every island presents its special characteristics and its own beauty; however, all of them share the fascinating coexistence of blue and white in the Cycladic architecture, the endless sandy beaches, the rocky landscapes the traditional settlements, the blue color of the sky and the Aegean Sea, the wind and the blinding sunshine.

For those who wish to have fun and enjoy nightlife in the Cyclades, there are endless choices that fascinate the visitors: a romantic dinner by the sea just for two, dancing and listening to music all night long in impressive clubs, refreshing cocktails in busy bars, live music, concerts and much more that you can experience in person!

For those who wish to combine their holidays with alternative activities, the Cyclades are the ideal place. The choices are numerous. Hiking, cycling, rural tourism, gastronomic tourism, water sports and diving, horseback riding and yoga, are only some of the activities of alternative tourism offered by the islands of the Cyclades.

Vinification, Distillation and Brewery in Cyclades.

The vineyards of the Cyclades are of the most ancient in Greece. Distillates of fruits and aromatic plants or herbs of the Cycladic land, which give off the local smells and flavors, as well as special and awarded beers are the new pride of the liquor industry of the Cyclades.

Cheese making is very popular throughout Greece. Every island of the Cyclades has its own kinds of cheese, which are much alike, though, much different as well. About 40 kinds of cheese have been officially registered in the Cyclades.

The dry and arid land of the Cyclades is full of aromatic and therapeutic herbs, which have been being used since the antiquity for therapeutic purposes as well as in order to enrich the smell and the flavor of food.

The four elements of nature in the Cyclades create a special and unique environment, as the latter definitively contributes to the development of agriculture, husbandry, fishing etc. Some unique cultivation methods as well as some special cases, just like the one of water production in Andros, characterize the singularity and the generosity of nature in the Cyclades. 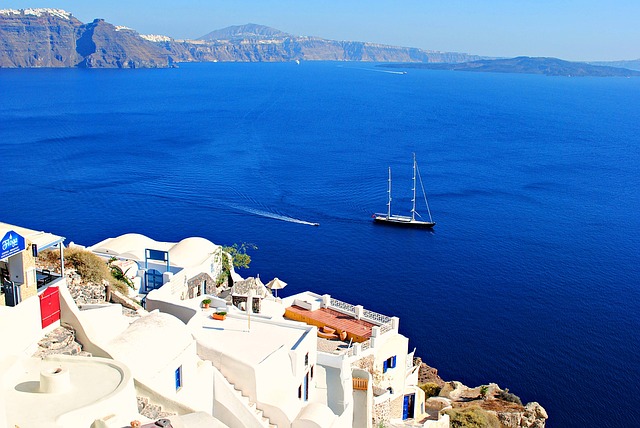 Discover Cyclades from your couch. - Greece

Unlock your Senses in Cyclades. Beautiful sandy beaches, rocky secluded caves, architecture in white & blue, traditional lifestyle, warm, hospitable people and gorgeous landscapes turn a trip to the Cyclades into a lifetime experience. https://youtu.be/yrUiGeRy_RA History and Civilization in Cyclades. The name "Cyclades" derives from the islands that form a circle ("kyklos" in Greek) around the sacred island of Delos, in the Aegean Sea. Greek mythology mentions that the Cyclades were created by Poseidon, which transfigured the Nymphs Cyclades into islets when they angered him. The Cycladic civilization flourished in the 3rd millennium BC, mostly because of the strategic geographical
If you like it give ↑ & Share it
Share via
If you like it give ↑ & Share it
Choose A Format
Ranked List
Upvote or downvote to decide the best list item
Story
Formatted Text with Embeds and Visuals
Open List
Submit your own item and vote up for the best submission
Countdown
The Classic Internet Countdowns
Personality quiz
Series of questions that intends to reveal something about the personality
Trivia quiz
Series of questions with right and wrong answers that intends to check knowledge
Poll
Voting to make decisions or determine opinions
List
The Classic Internet Listicles
Meme
Upload your own images to make custom memes
Video
Youtube, Vimeo or Vine Embeds
Audio
Soundcloud or Mixcloud Embeds
Image
Photo or GIF
Gif
GIF format

Did you like this article?
Show us your Love. Just Like our page. :-)
We use cookies to ensure that we give you the best experience on our website. If you continue to use this site we will assume that you are happy with it.OkPrivacy policy