How we’ve missed your laughing birds and singing mammals, your coastal cities and walls that tell stories. You have a whole lot of nothing, which is actually really something.

And we get to call you home – how special is that?

After months of daydreaming about our big, beautiful backyard, it’s finally time to get back out there and explore. So let’s go! The time is right to start planning that once-in-a-lifetime kind of holiday you’ve always thought about.

Whatever your penchant, we reveal Australia’s top five cutest animals, and where you can visit to grab that quokka selfie you’ve always wanted or snag a cuddle with a kangaroo.

Quokkas have been dubbed the happiest animals on earth, and it’s not hard to see why. These smiley creatures are native to Rottnest Island in Western Australia and love the social life that Rottnest Island tourism affords them. If it’s a quokka selfie you’re after, the best time to spot them is mid-late afternoon. There are approx. 50 million Kangaroos in Australia and there are plenty of places across the country to see them. Try the Kangaroo Sanctuary in Alice Springs where you can nurse a baby Kangaroo or ‘joey’ and get up close and personal with these national icons in their natural habitat.

Wombats are found in the southern parts of Australia and Maria Island in Tasmania is a hotspot for them! These Fluffy little boulders love eating grass and burrowing into their network of holes, so enjoy your day of picnicking around their hiding holes. What not to love about koalas? Spot them in the wild bushland throughout Australia or cuddle one at Lone Pine Koala Sanctuary in Queenland. Australia’s most widely spread native mammals, the Echidna, is everywhere – but they’re very shy! Although they’re spikey, they have a very cute snout and waddle. You can meet an echidna at Kangaroo Island Wildlife Park.

With love from Aus ❤

How can the color blue be a feeling?
Well, it’s hard to describe.
But it is.
You see, it’s different down here.
The air just has more life in it.
Sounds touch you.
And the light fills you up somehow.
Yeah, it’s a place that stays with you.
And sometimes, if you’re lucky, it stays forever.
Because Australia isn’t just a place you see…
It’s a place you feel.

Great Fishing Adventures of Australia is a new group of leading independently owned fishing tourism operators who have come together to collectively raise the profile of Australia as a world-class fishing destination. Travel to Australia. No matter what the season, Australia offers international enthusiasts the opportunity to indulge in their passion and experience some of the very best fishing, amongst some of the most naturally spectacular and diverse environments, the world has to offer.

Dear United Kingdom,
Your besties across the ocean are calling.📞
Love,
Your mates in Australia

Kylie Minogue and her mates invite the UK to visit Australia and come live our Philausophy!

Yes we know you love your fish n’ chips and your curries
But hey, that’s no worries
Good grub’s guaranteed
Negotiating tricky trade deals is a shocker
But look there’s a quokka!
And that’s what you need
A quokka is literally what you need!

Don’t bite your nails to the cuticles
Hang with impressive marsupials
Helping a mate
Is a national trait
In Australia!

Yes, when everything’s a test
Call your besties across the ocean
Sisters and Brothers
We know you think you’re above us
But deep down you love us
You just repress emotion

But we’ll put you right
Have another flat white!
Go grab your cosies
You’re Aussies tonight!

Calling all Poms
Keep Calm Carry On
In Austra—-li—-a!
Austra—li—a!
See ya soon then, yeah?

Big, bold and beautiful, Australia is a country painted in a vivid spectrum of natural colours and enriched with unique sounds. A place that dazzles your every sense, get a taste of the diversity of Australia’s immersive experiences in this teaser of our 8D audio video series.

In Australia, peaceful white-hued experiences can be discovered in every corner of the land; some more surprising than others. From curved white beaches to powdery alpine peaks, Australia’s white landscapes provide a minimalist backdrop for purists looking to create their own path. Be immersed in the tranquillity of Australia in our 8D video series. Travel to Australia. Discover our wonderful land.

From our vast starlit skies to the art galleries of our big cities, the colour black is elegantly threaded through the fabric of Australia. Immerse yourself in the scenes and sounds of black with our 8D video series, and you’ll see why this dark and mysterious hue is used to convey sophistication and elegance, and to make a statement when no other colour will do.

More than just a colour, blue inspires a feeling; a freeing and joyful sensation shared by soaring seabirds, breaching whales and surfing dolphins. There is little wonder people are deeply drawn to it. Let us immerse you in blissful blue through our 8D video series.

Australia’s refreshing green landscapes can recharge and refocus even the busiest of minds. From ancient rainforests to beautiful bushland, discover the powerful influence of immersing yourself in some of Australia’s most captivating green-hued scenes. Travel to Australia. Expect feelings of revitalization, relaxation, and a restored sense of balance as you experience Australia in brilliant 8D sound in our video series.

At certain times of the day, Australia’s natural spaces and places are bathed in a magical magenta light. From rippling pink lakes to towering rock formations painted in dreamy pastel hues, this is one colour to experience with someone special. Fall head over heels with the mystery and romance of an Australian escape through our video series, heightened by the rich immersive sounds of 8D audio.

Powerful and passionate, there’s no colour more compelling than red. In Australia, red is at the heart of our country, from our iconic and richly coloured landmarks, to the expansive rusty red outback. Immerse yourself in this energising video series, accompanied by powerful 8D sound, and feel the call to adventure from our crimson tinted land and skies.

Travel and Discover Australia from your couch. 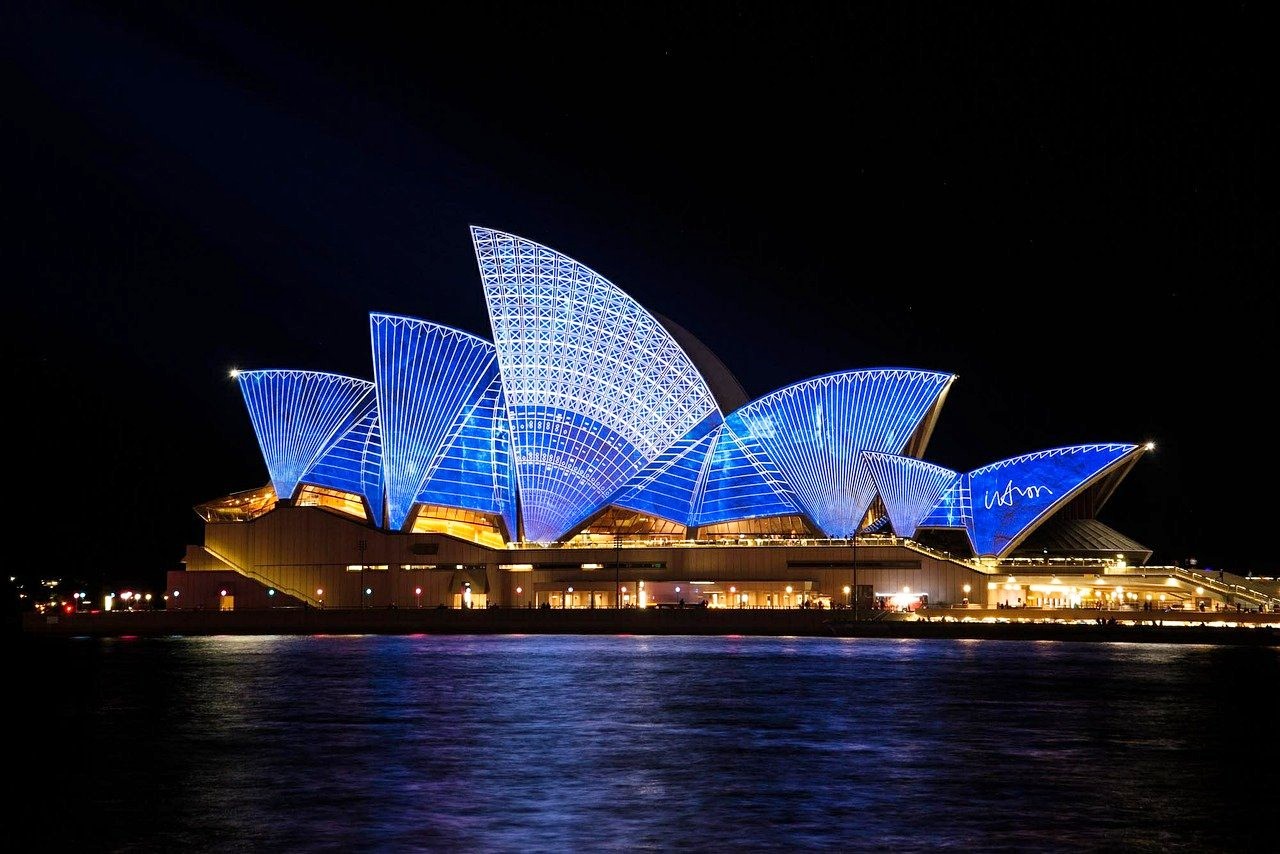 Travel and Discover Australia from your couch.